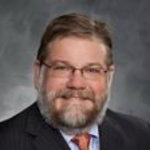 Charles Runyan (most people call him Chuck) was born in Norfolk, Virginia and lived in Jacksonville, Florida until his father retired from the Navy. Then Chuck's family moved to Phoenix, Arizona where he attended Greenway High School. He graduated from Arizona State University with a BS in Chemistry. He completed his PhD in Chemistry at Texas A&M and then his JD law degree at James E. Rogers College of Law at the University of Arizona in Tucson.

Chuck has been married for 34 years. He and his wife have two adult sons and one elementary-school-aged and three, high-school-aged, special needs daughters that they adopted from the foster system in California.

He has prepared patent and trademark validity and infringement opinions, clearance opinions, and trademark oppositions. He is experienced with conducting domain name dispute arbitrations and negotiating cybersquatting dispute settlements.

Thank you for contacting us. We will get back to you shortly.

Please complete all required fields below.

Charles “Chuck” Runyan is located in Phoenix. He can meet you anywhere in the Phoenix area. Call about meetings elsewhere in Arizona. Our team is mostly located in Arizona, but we have team members located in or serving every time zone across the US and Canada.